We returned to the epic rowing venue at Nathan Benderson Park in Sarasota, FL to participate in the NBC Sports live streaming broadcast of the Olympic Trials for rowing.  This is the first of two Olympic Trials regattas that were delayed from 2020 due to the COVID impact on the planned 2020 Tokyo Olympic games.  LDF drones served as the live race aerial camera platforms in the 10dot1 Productions team for the finals on Thursday and Friday of the trials week.  It was a great way to wet our appetite for the second trials event in April in Mercer Park, NJ, home of the US national team.

A new year with new prospects as we continue to grapple with the effects of the COVID situation.  However, there is some sunshine on the horizon as US Rowing announced that the US Olympic Trials (postponed from 2020 due to COVID) are set to take place in two separate events in separate locations in 2021.  LDF will working as the aerial camera for live streaming of the finals for  these exciting events to take  place in Sarasota, FL on 2/25-2/26/2021 and at a location to be determined on 4/15-4/16/2021.

Like everything else in the world, 2020 has been the year stricken by COVID-19. The rowing season was effectively cancelled as the spring and summer schedule eventually fell to the spreading impact of the virus.  As the summer turned to fall some restrictions were eased and LDF took the opportunity to volunteer services for live broadcasting of youth mountain bike racing.  Yes, it’s not what our drones are used to flying but we needed the keep the rust knocked off and youth mountain biking needed a way to give viewers who were unable to travel due to COVID a way to see the action.  It’s been an interesting diversion.  The Indiana Interscholastic Cycling League (IICL), as part of the National Interscholastic Cycling Association (NICA), joined forces with TenDotOne Productions (more on that in a future news post) and LilDroneFriend to form a solid team to broadcast the first of their two race season from Southwest Way Park in Indianapolis.  The following is the action from that event.  Look for the second race of the season in October.

The initial schedule has arrived for the 2020 rowing broadcast season. We are excited and currently making plans to fly in support of live streaming broadcasts of rowing regattas in San Diego CA, Austin TX, Boston MA, Camden NJ, Princeton NJ, Sarasota FL, Atlanta GA, Worcester MA Cincinnati OH, Oakland CA and maybe others. If you know where to look you should see LDF on live broadcasts carried on ESPN and NBC Sports!  Check back for details in the coming weeks.

The FAA awarded us a daylight waiver authorizing LDF to conduct operations at night. This is due to some specialized training we have completed to gain a complete understanding of the physiology, legal, and safety concerns that come into play when operating a drone at night.  This is an exciting tool to have at our disposal and we are really looking forward to making use of it.

The final regatta of the season is in the books and it’s been a HUGE 2019 for LDF.  Logging enough air miles to make it from Indiana to Phoenix, AZ and making our debut on the World Rowing stage on ESPN highlighted the year.  Believe it or not 2020 is already shaping up to be even better.  Stay tuned….

LDF flew over 200 miles over two days as part of broadcasting 124 individual races at the San Diego Crew Classic regatta last weekend.  Lots of sunshine and lots of flying for our first outing of the season.  Much more to come!

LDF picked up some additional rowing broadcasting work from the City of Brotherly Love, Philadelphia. 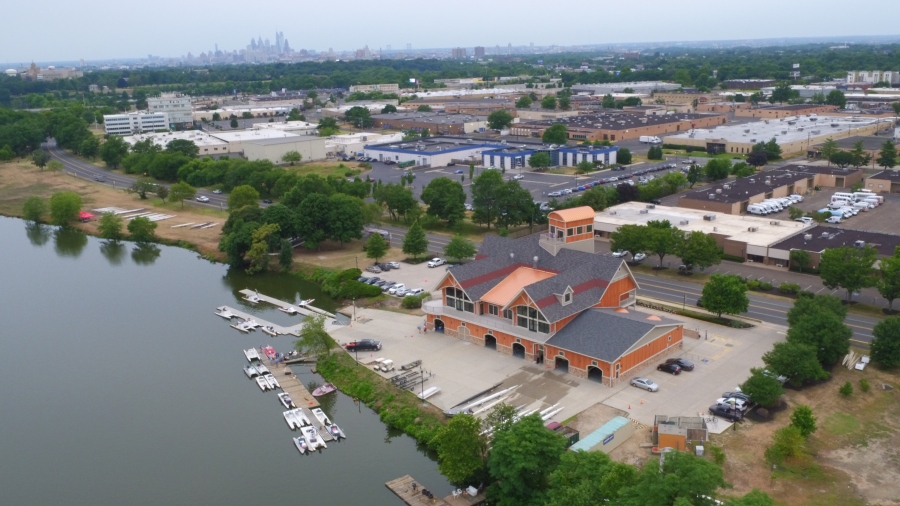 LDF led a lively discussion on the commercial drone industry and using drones in live rowing broadcasting at the Rockville Rotary Club. It was great to see so many interested Rotarians so engaged and curious about our exploding industry and it’s impact on our lives. Thanks so much for the invitation and we look forward to the next visit!!!

The winter has seen additions to the LDF fleet and lots of testing and reconfiguration in preparation for the upcoming rowing season.  We will be flying as part of live video productions for at least the following events:

LDF has been busy collaborating with the US Rowing production team in the off season on a top secret project to enhance the high def broadcast.  Look for LDF to participate in live rowing broadcasts from Clemson, SC, San Diego, CA, Sacramento, CA, Oak Ridge, TN, and Princeton, NJ in 2018 !

The Intercollegiate Rowing Association National Championship regatta broadcast received an upgrade with the addition of the LDF live video feed as part of the racing broadcast.  Three days of racing, 87 races, over 9 hours in the air, and over 85 miles covered in following the racing action and the Yale upset in the grand final.

Teradek was so impressed with our unique use of their Cube 105 streaming video encoder devices that they featured USRowing Association and LDF in their blog today!

The US Rowing Association’s Youth National Championships in Sarasota, FL on 6/9/2017 will have the LDF onsite to provide live streaming coverage.

LDF will be heading to Sacramento, CA on 6/3/2017 to provide live streaming coverage at the Intercollegiate Rowing Association Championship regatta.

Providing coverage over two days of championship racing, LDF provided a live aerial perspective as one of five cameras on the live streaming video broadcast of the Big 12 Women’s Rowing Championships at the Oak Ridge Rowing Association in Oak Ridge, TN.  In total, LDF flew over 28 miles covering 26 races!!

Below is a sample from the LDF view during live streaming coverage of the SIRA Championship regatta.  Scroll on down to the YouTube link below to replay the full day’s race coverage.  LDF flew 42 broadcast flights for a total of more than 20 miles!!!

LDF is headed back to Oak Ridge, TN as the live streaming eye in the sky as part of the US Rowing broadcast team for the 2017 SIRA Championship Rowing Regatta. Watch the action on the US Rowing Youtube channel

LDF flies in support of the Return To The River project in Terre Haute, Indiana.  Read more and see the video. 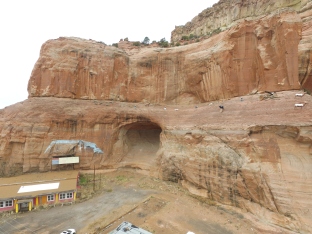 I’ve looked up at the Tulip Trestle many times but looking down on it is way cooler…more cool?…whatever! Nearly 2300 ft long and nearly 160 ft tall….impressive
Looking at snow. Waiting on rowing season 🥶
935 miles in a season takes its toll. Even though it’s still 132 days until the kickoff to our 2022 season in Philly, the LDF fleet is getting a spa day. New landing gear, cleaning, battery conditioning and firmware updates to pass the time.
It’s 15 degrees. So here is a late season pic from warmer late season broadcasting in the tropics.
LDF got to witness the nascar of rowing. A head race. The Head of the 941. Flew a lot. Learned a lot.
LDF in the skies over Terre Haute helping @landstewardsdg with some exciting city park improvement planning.
Loading Comments...